According to World Health Organization estimates, diarrheal disease is the second leading cause of death in children under five years; globally, it is responsible for killing 760,000 children every year. Diarrhea is also the major cause of malnutrition in children under five years old. A significant proportion of diarrheal disease can be prevented through safe drinking water and adequate sanitation and hygiene.

But water is a serious problem in Janta Colony. Poor maintenance of limited drainage systems leads to back-up of waste water. Within steps of every doorway, non-biodegradable matter floats atop fermenting organic waste while a variety of insects, including malaria-bearing mosquitoes, skim the surface. 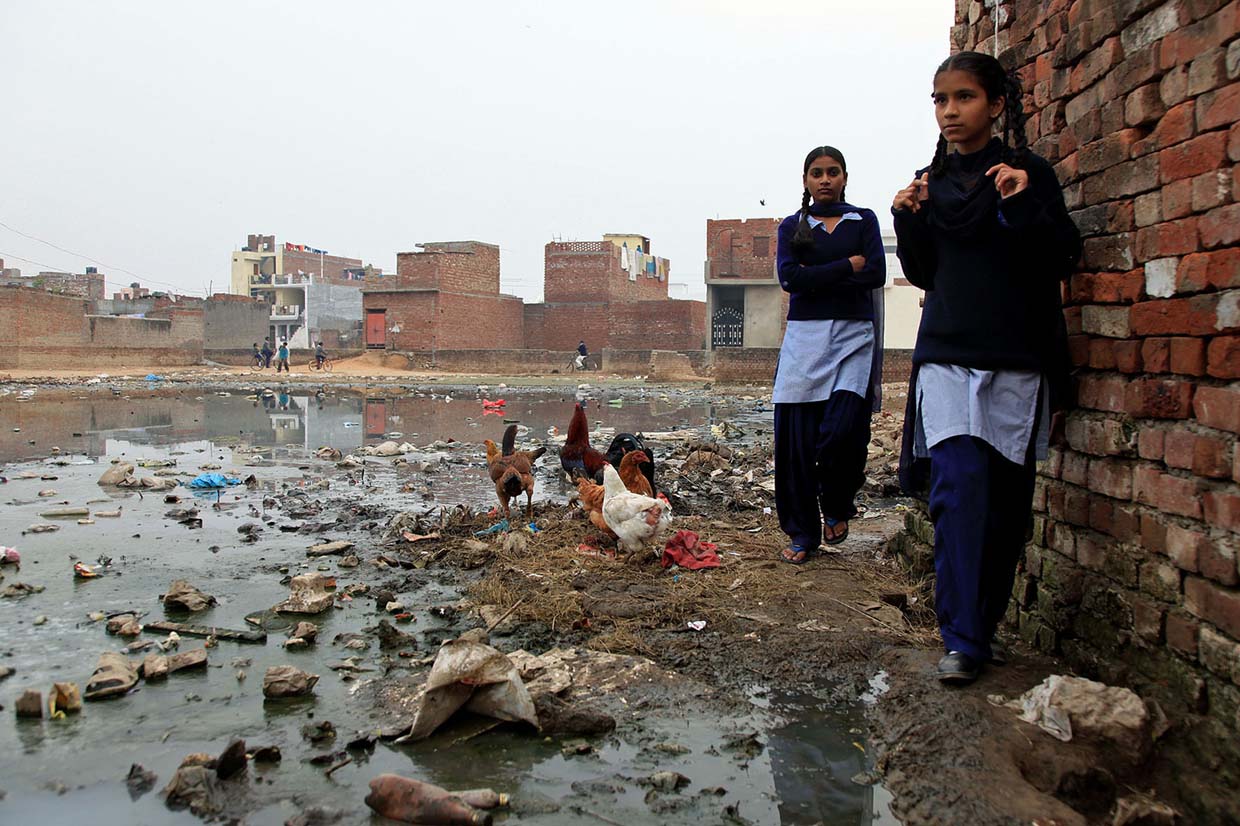 Across the basti, poor drainage leads to open waters contaminated with many kinds of waste.

The most prevalent risk for bustee children is contracting diarrheal diseases from poor hygiene, contaminated food or dirty water. For infants and toddlers, severe dehydration can spiral downward to death in a matter of hours.

Samir, the second of three children in a family that lives in Janta Colony, caught the attention of DIR Health Promoter Sushma. At nine months of age, Samir contracted diarrhea and started to lose weight. Not knowing what else to do, his parents went to local practitioners for treatment. But his condition only worsened.

Sushma finally persuaded Samir’s parents to take him to a nearby hospital where he was diagnosed with marasmus, a severe state of malnutrition in which body weight plummets to less than 60% of expected body weight for age. 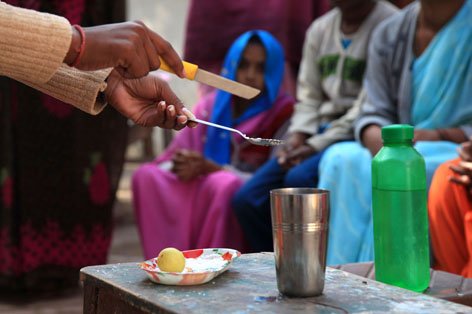 Once the crisis was passed and Samir was back home, Sushma advised his parents to start using the home-made oral rehydration solution (ORS) to counteract the loss of fluids caused by diarrhea.

DIR makes it a priority to teach at least one person in each family, how to prepare an ORS from basic kitchen ingredients: boiled water, salt, sugar and some lime juice. This allows families to react quickly when diarrhea occurs, without spending the 15 rupees charged by local shops for manufactured powders – a significant cost for people who earn an average of 100 rupees per day.

As Samir recovered, Sushma also counseled his parents about adequate nutrition for all of their children. Gradually, Samir started gaining weight, and is now a healthy child of 2.5 yrs. 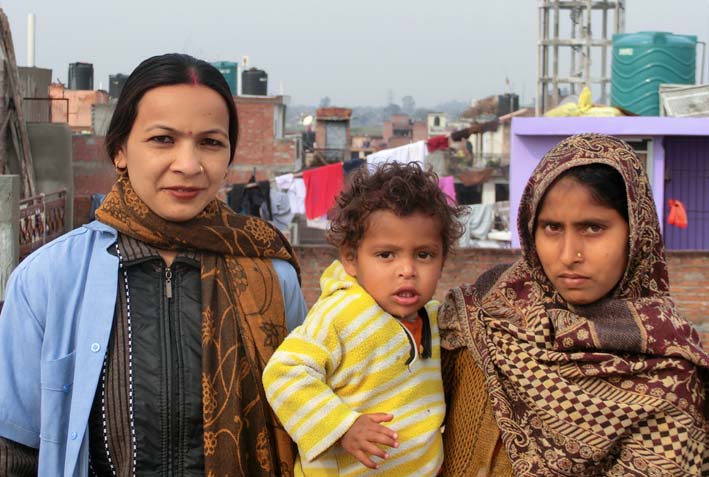 HP Sushma with Samir, now a healthy 2.5 years, and his mother.

Your support makes it possible for DIR to save children like Samir.

From: Children, Education, Health, Hygiene, Malnutrition
← Please help someone fill my shoes
Building confidence, on the fairway – and off! →
No comments yet