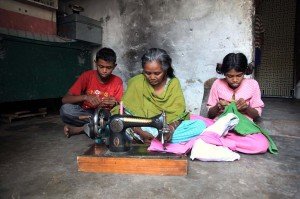 Despite being a bustling town of some 16,000 residents, Janta Colony offers few opportunities to earn a living – particularly for women. After working in the community for a short time, DIR became aware that many women leave before dawn to work as house cleaners or street vendors in Chandigarh. Often, they don’t return until late in the evening. In the meantime, they leave their eldest child to care for younger siblings.

The impact of quickly became clear: HPs noted very little weight gain among children in households where mothers were absent most of the day. To address the issue, DIR sought to create cottage industries that would allow basti women to make a fair wage while working flexible hours at home. This would allow them to spend more time with their families and better benefit from DIR’s services, such as cooking classes.

With donated sewing machines and samples supplied by fabric and upholstery stores, DIR launched stitching classes. In keeping with its cost-recovery policy, DIR asked the women to pay for classes but set up a scheme by which they could re-sell items made during the class to recoup the enrollment fee. Those who complete the course have the option to take a sewing machine home and work independently. They are paid cash upon delivery of each item. 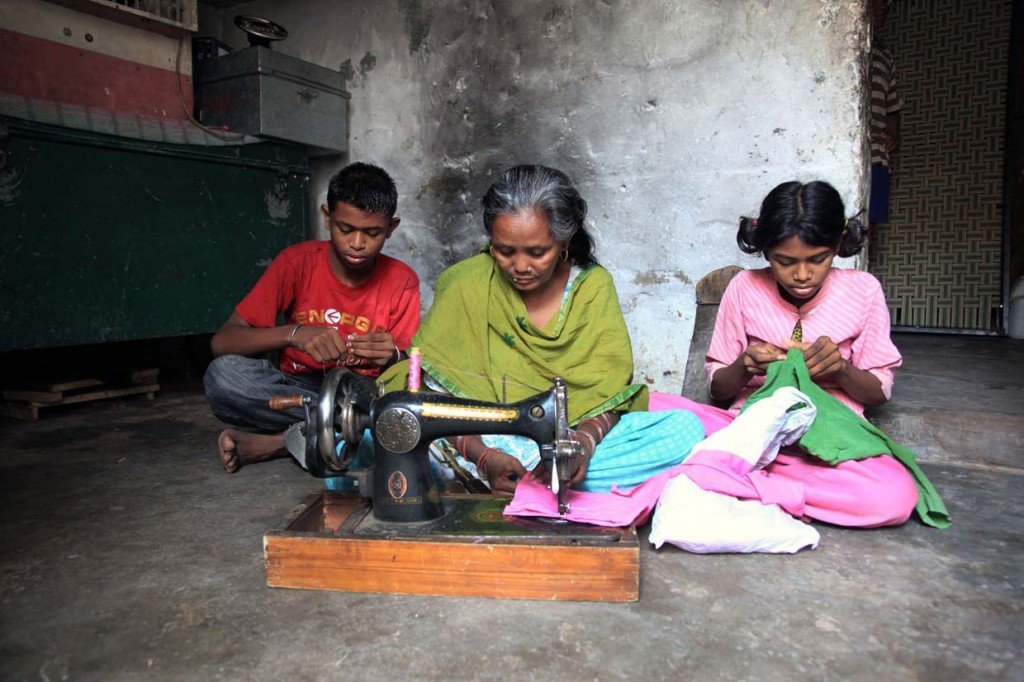 In many cases, children quickly join their mothers in sewing to contribute to a higher family income.

A second income-generating activity, also allowing women to work at home, is the manufacture of shopping bags from old newspapers or other paper products. As Chandigarh has outlawed the use of plastic bags in retail and grocery outlets, this initiative is timely and beneficial for women with lower skill sets.

DIR now markets products sewn by women in Janta Colony on this website and through various outlets in India, the United States and France. Once women have been paid, additional profits support the broader work of DIR.

DIR statistics show that when women begin to earn an income, it elevates their status and decision-making authority in the family and in the community. It is also clear that women direct the majority of their income to better nourishment and education for their children.

Enabling these “work at home” schemes was a game-changer for many families: children who had previously been chronically malnourished began to gain weight more quickly and were less burdened with caring for their siblings.